Citrix has posted an open invitation for Windows users to test new features in GoToWebinar. The prototypes are not available for Mac users at this time.

Test features ("Labs" in Citrix parlance) can be enabled and disabled individually, so you can work with whichever ones sound interesting or useful and turn off ones that seem to be giving you problems.

There are some great enhancements in the current list, including things that users have been requesting for quite some time. 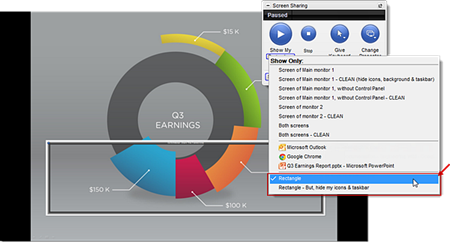 This is exciting stuff and demonstrates a dedication to continued product development and growth. That's good news for people who thought the recent uncertainty about Citrix ownership of their collaboration products might freeze innovation.

I won't be reviewing operation of these features until they go into production for public use. It isn't fair to comment on things that are still under development. But I'm happy to see the announcements!

Now We Know Where GoTo Goes To

After months of speculation, Citrix finally announced the disposition of its GoTo family of products (GoToMeeting, GoToWebinar, GoToTraining, etc). I have been following this story since April and the earliest rumors from "unnamed sources." At that time I wrote the following:

My personal take on the question of sale vs. spinoff is that it would make more sense to spin off Citrix Online into its own independent company. They seem to have strong, well-run management and operations that keep growing business, and I would think the separation from Citrix Systems infrastructure would not cause undue pain. It would certainly cause the least disruption for existing customers.

As time went by with no word, I started to feel that Citrix must be looking for a buyer rather than a spinoff, even though I maintained my position that spinning off the products would be best for customers.

Yesterday Citrix ended the suspense with their announcement that the products would indeed continue to be owned and operated independently as a separate, publicly traded company. No name was announced for the new business entity, which is expected to take over in the second half of 2016.

If you are a user of one of these products, this is the best news you could have hoped for. You should be able to expect continued support, development, and product/account management from a group of employees who already know the business and will have more of a personal stake than ever in focusing their energies on pure-play web collaboration. You also won't have to deal with integration and potential dilution of the products into some purchaser's existing product line.

I thought it was funny that ON24 highlighted the Citrix news in their own press release about buying out competitors' web conferencing contracts. From my perspective, the Citrix announcement gives existing GoTo customers less of a reason to switch, rather than more.

What we'll be looking for next is information on whether the new independent company will be located near the existing facilities. If they headquarter it in a new city, that could cause more disruption to the workforce, which is why I would consider it unlikely.

Back in 2008 I reviewed a lightweight portable video backdrop called The Webaround. This year they sent me a review sample of the latest addition to their product lineup - The Webaround Wide Shot. I created a short video review using The Webaround as my backdrop:

I should clear up a few things that I glossed over in the video:

1) This new "Wide Shot" version is an addition to their product set. The smaller version is still available for tighter video framing.

2) I showed the silver/grey color. It also comes in blue. 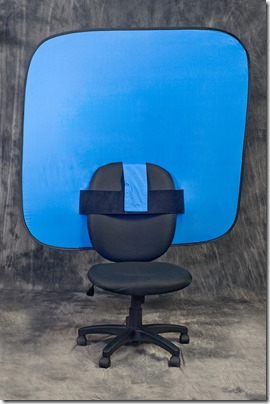 I hope you will join me this Wednesday, November 4 for a free webinar looking at the similarities and differences between web meetings and web events. Onstream Media asked me to create this new topic in an effort to explore the considerations in setup, planning, delivery, and technology as applied to small group web conferences vs. larger, more structured webinars and webcasts.

Can you use the same web conferencing product for both use cases? If your vendor offers different products, do you know how to determine which is most applicable for a particular scenario? What functionality should you look for in a webinar/webcasting/web meeting technology to make sure your session is effective? How does your presentation and interaction style change with different types of audiences?

I'll go into these issues and more, with time to answer your questions live on the air. As always, I come in as an educational guest speaker and I promise not to try and sell you anything.

The session is scheduled for 60 minutes starting at 1pm New York Time (click here for time zone conversions). You can register at this link:

I think this subject will be most useful for people who have experience with either web meetings or webinars and want to explore what is different about the other type of use case. It should also be valuable for people just starting to explore the use of web conferencing who want a better understanding of their options. If you are a long-time experienced user of both collaborative web conferences and presentation-style web events you may find the level too basic for you.